A bit of a stroll!

Today was a lovely sunny day, so I decided to visit a local loch intending to get some photos as its pretty picturesque. 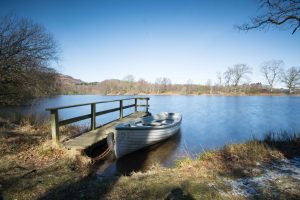 It’s not far from Perth where I live so didn’t take long to get there and is called Loch Rohallion.
As it was such a lovely day I decided to walk around the Loch and up the hill a bit as I knew there was a dam nearby, it was one of those I’ll just see whats over the next hill type of walks, and there were quite a few hills and corners!

On the way up the hill, I came across a grand building in the middle of the forest called Rohallion Lodge, a very impressive old building with a beware of the dogs notice so I didn’t venture too close! 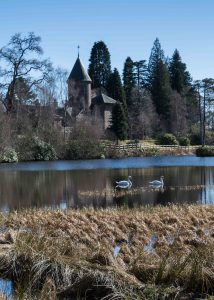 Eventually, I came across the dam, which was more of a small loch to be honest, although I know from Wikipedia that it was man-made and called Robin’s Dam, again a very picturesque scene complete with swans and ducks etc.

Leave the dam / small loch and heading uphill the views across the countryside just got better and better, soon I was getting high enough to get a really good view of the surrounding country.

I was also by this time getting pretty pooped, so decided it was time to stop for some refreshments, picnic with a view sort of thing. It had probably taken around 2 hours to get to this point. 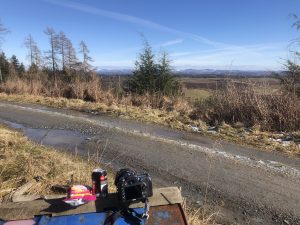 I hadn’t thought to measure it on my phone on the way up but did going down and it was just over 2 miles for near the tp to the car on the main road.

After a short break I started back up the hill, although I did make a quick detour off road to see if I could get a decent view of the Lodge from above, after a couple of slips and falls on the boggy ground I could just see the lodge from above, but there were too many trees in the way for a decent photo!

Continuing up the hill, the track started to become frosty and had a scattering of snow on the ground, making progress a little bit tricky at times, eventually though I came to the summit of the hill and had some amazing views up there.

The walk back down was easier although no less tiring and so by the time I got to the car I was read y for home and some decent to eat, I was starving after more than 4 hours out.